Congratulations to the Revenue Cycle Ninjas at Pediatric Associates for achieving an EPH of 185, almost 9x more productive than the national average.

When the team at Pediatric Associates first began to measure Encounters per Hour (EPH) back in 2019, they were averaging 66 EPH. While this is more productive than the national average, there was room for them to improve. They understood the value of increasing their productivity, so they agreed to begin the White Glove process.
The first round of improvements was made by digging through their data and discussing automation opportunities with the users. They also had several sessions with our experts to improve their workflow. When we measured their EPH again at the end of this first round, they had improved to an EPH of 108. This is excellent improvement, but they knew they still had opportunity to grow.

The biggest hurdle that this team had to overcome was the fear of not reviewing every single encounter. This is a common problem that we like to call the False Choice Fallacy. It is the belief that you cannot be both productive and accurate at the same time. However, during the second round of improvements, involving coaching sessions and increased automation, the users were able to buy into the process. They decreased their unprompted changes from 42% of encounters to .4% of encounters.

This is how the amazing team was able to achieve an EPH of 185, which is 9x more productive than the national average. These results are a testament to their hard work and the roadblocks they were able to overcome.
Since March 2020, their 2 part-time users have been able to work from home, and their productivity has not taken a hit. Although they are moving to a new EMR/PM system soon, they are taking White Plume with them. They want to ensure their efficiencies stay in place so that they don't have to increase staff.

"Janis and Valerie work together to ensure we turn around our claims and statements as quickly as possible. They are extremely organized, efficient and communicate well with all physicians and staff. The entire billing team works very well together so that our claims are filed without errors." 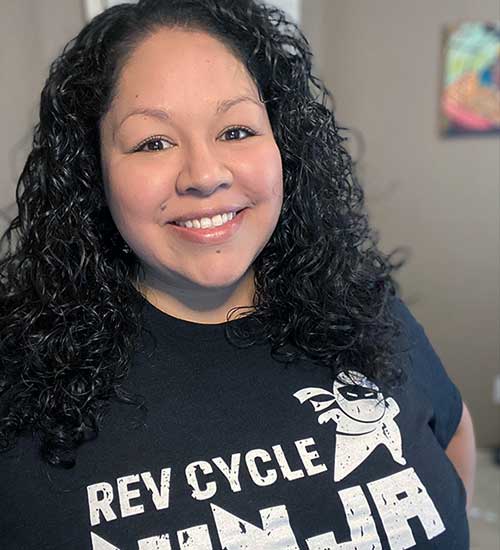 "We are encouraged by the story of these Revenue Cycle Ninjas. Improvement is always possible when you are willing to put in the work and overcome the obstacles standing in your way. Congratulations Pediatric Associates!"

Schedule a 15 minute appointment to learn how you can achieve outstanding results, just like Pediatric Associates.
Schedule Appointment